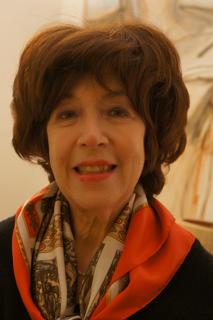 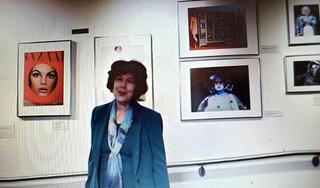 Julie Wosk, Curator of "Imaging Women in the Space Age" at the New York Hall of Science 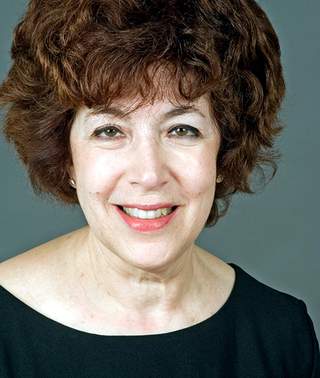 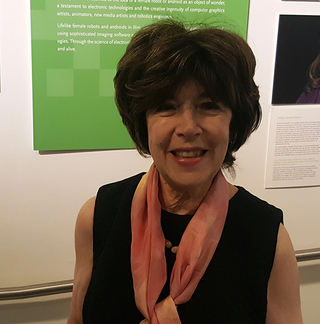 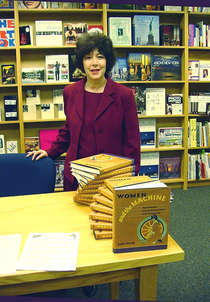 Julie Wosk at book signing, Women and the Machine 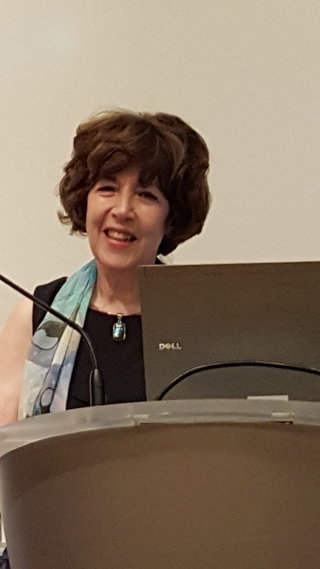 She is the author of four books: MY FAIR LADIES: FEMALE ROBOTS, ANDROIDS, AND OTHER ARTIFICIAL EVES ( July 2015); ALLURING ANDROIDS, ROBOT WOMEN, AND ELECTRONIC EVES (2008); WOMEN AND THE MACHINE: REPRESENTATIONS FROM THE SPINNING WHEEL TO THE ELECTRONIC AGE (The Johns Hopkins University Press, 2001), and BREAKING FRAME: TECHNOLOGY AND THE VISUAL ARTS IN THE NINETEENTH CENTURY (Rutgers University Press, 1992; Authors Guild reprint edition BREAKING FRAME: TECHNOLOGY, ART, AND DESIGN IN THE NINETEENTH CENTURY, 2013) .

She has lectured widely on technology, art, and design throughout the United States and Europe, and her lecture "Alluring Androids and Robots" was taped by PBS Television Channel Thirteen in New York as part of their "Best Lectures in New York" online series. In October 2018 she gave a presentation about her recent robot research and her book MY FAIR LADIES at Harvard University.

Her book MY FAIR LADIES draws on her early experience working as a young copywriter and public relations writer for Playboy Magazine in Chicago.

Her articles on art and technology, literature, and design have appeared in DESIGN ISSUES, LEONARDO, TECHNOLOGY AND CULTURE, TECHNOLOGY REVIEW, MS. MAGAZINE, and more.

In 2016-2017 her articles on robots, art exhibits, New York plays, and film reviews have appeared in THE HUFFINGTON POST.

WOMEN AND THE MACHINE: REPRESENTATIONS FROM THE SPINNING WHEEL TO THE ELECTRONIC AGE (Johns Hopkins University Press). Artists and photographers, advertisers and writers reveal the impact of new technologies on women's lives.

"The Off-Broadway Play "Marjorie Prime" and Today’s Technologies: Talking Robots That May Someday Keep Us Company (and Make Us Immortal Too). Huffington Post, January 18, 2016, updated January 17, 2017.

“Perspectives on the Escalator in Photography and Art.” Catalogue essay for the exhibition "Up Down and Across: Elevators, Escalators, and Moving Sidewalks. “ Washington, D.C.: National Building Museum/Merrell Pub. Co., 2003: 140-171.

"The Electric Eve: Galvanizing Women in Nineteenth and Early Twentieth Century
Literature, Film, and Art." Research in Philosophy and Technology 13 (1993): 43-56.

"The Impact of Technology on Art and Art on Technology: A College Course Design," in The State University of New York, The New Liberal Arts--Curriculum in Transition (Albany: State Univ. of New York, 1986): 67-71.

"Humanities and the Machine: Responses to Technology." Technology and Culture ( July 1982): 435-38. (Report on the State University of New York Conversations in the Disciplines Conference held at SUNY Maritime College, 1981.)

WOMEN AND THE MACHINE: REPRESENTATIONS FROM THE SPINNING WHEEL TO THE ELECTRONIC AGE

BREAKING FRAME: TECHOLOGY, ART, AND DESIGN IN THE NINETEENTH CENTURY (NEW EDITION, 2013)
In this reissue of her 1992 book with its new introduction, Julie Wosk reveals how American and British artists captured the widespread hopes and fears about new mechanical inventions and industries that were transforming the human life.

BREAKING FRAME: TECHNOLOGY AND THE VISUAL ARTS IN THE NINETEENTH CENTURY
Julie Wosk reveals how American and British artists captured the widespread hopes and fears about new mechanical inventions and industries that were transforming the human life.
SELECTED WORKS, ARTICLES, AND ART EXHIBITS
Loading…}